Things to do locally 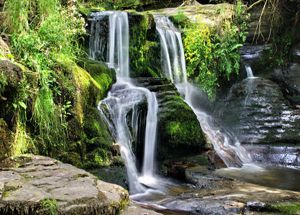 Pitlochry is a walker’s paradise. With its excellent network of well-marked routes, ranging from gentle strolls to challenging hikes all surrounded by dramatic scenery, there is something for everyone to enjoy. All the Pitlochry walks start and finish in the town centre, and are clearly marked with colour-coded sign posts. Covering an area of approximately 20 square miles, there are nearly 41 miles of tracks and paths taking the visitor along river, burn and loch-side, through woodland and up hills, from where there are spectacular views. One of the most popular short walks is a circular route from the main street, across the River Tummel to the dam on Loch Faskally, to view the salmon ladder and the Hydro Station, on through the ancient hamlet of Port na Craig, and back over the footbridge into Pitlochry.

Another short hike will take you through pretty woodland and up a gentle hill to Black Spout Wood and onwards to the Edradour distillery – the smallest distillery in Scotland – and on the return journey, there are beautiful views across open farmland with Ben-y-Vrackie mountain as a backdrop.

For a more energetic experience, try the Bealach route which takes you up onto the moorland above Pitlochry offering, along the way, spectacular views south over the town and north towards Blair Atholl. Then of course for the serious walker is Ben Vrackie - ‘The Speckled mountain’ . The walk to the summit can be started in Pitlochry or, nearby in the village of Moulin and is approximately 6 to 8 miles (10 to 13 km) there and back depending on the start point.

Further afield, but still within easy reach of Pitlochry, are many other interesting walks including the Falls of Bruar to the north, the Hermitage to the south, and the Birks of Aberfeldy to the west.

Whatever your ability, you will find a route to suit