Open throughout teh year

The summer season at Pitlochry Festival Theatre showcases the work of some great drama, comedy and musical theatre. On offer throughout the summer season are six amazing and very different productions to suit everybody's tastes.

There is an excellent restaurant and bar on site. Which provides a beautiful pre-theatre dining experience with stunning views of the river. 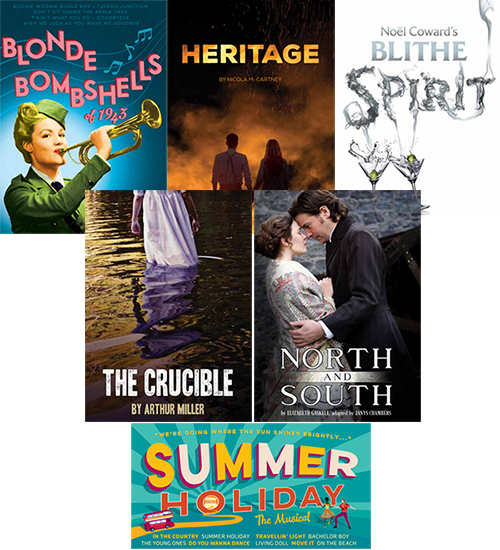 The theatre are able to welcome audiences again, to an outdoor Summer Season – of stage premieres, concerts, adaptations and family entertainment – a programme we can be confident is safe and enjoyable for all audiences. Shows include:

Adventures with the Painted People (opening 10 June – 4 July)
The long-awaited staging of David Greig’s new play, which received great acclaim on its BBC Radio 3 airing. A compelling new drama about love and culture, set on the River Tay, 2000 years ago, as a Roman poet and a Pictish witch escape together down-river.

An Evening with Agatha Christie (June)
A one-person show celebrating the incredible work of the prolific and belovéd author who conceived those immortal characters, Hercule Poirot and Miss Marple.

The Wind in the Willows (July – September)
A brand new adaptation of Kenneth Grahame’s wonderful riverside story, well-loved by children of all ages, complete with Mr. Toad, Mole, Rat and Badger and to be performed in the perfect and spectacular setting of the banks of the River Tummel! Adapted by Mark Powell.

Jekyll and Hyde (August – September)
A new adaptation in the form of a monologue, of the exceptional Robert Louis Stephenson gothic novella, exposing the duality of human nature – between innocence and violence, friendship and deceit, reputation and reality – of what it is to be truly human. Adapted by Hannah Lavery.